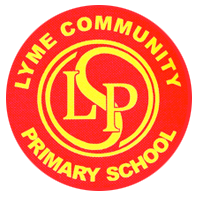 As part of their sessions on 'Why Work?', run by the St Helens Chamber of Cmmerce, the children had the fantastic opporrtunity to meet some business people from the local area. The business people discussed their different careers and how they got to do what they do. They gave our children food for thought about where they may see their future careers. The chldren, in turn, engaged well and asked some very ineteresting questions.

At our Starbooks cafe this week Year 5 were given the title of a book - I ATE SUNSHINE FOR BREAKFAST.  They predicted what the book might be about and everyone expected the book to be a fiction text.  However the book was an information text - a celebration of plants around the world.

'I Ate Sunshine For Breakfast' is the winner of the Garden Media Guild Awards.

The children read extracts of the text to find out key facts about plants and nature.  They used collage materials to present some of the fascinating facts from the book in an artistic way.  The hot chocolate and cookies went down a treat too!

This week has been Lyme's sports week!

During the week, the children were exposed to a few sports that they may not have chance to play outside of school. One of the sports the children played was Ultimate (Ultimate Frisbee). The children loved the fast pace of the game and how they have to work as a team to get the frisbee over the line! Another sport was Orienteering. This sport was the polar opposite to ultimate frisbee. Children had to use maps to navigate around the school grounds and find a number of markers. When they found a marker, they would stamp the special pattern onto their sheet. When all of the markers had been found, the children returned to their teacher. Lastly, KS1 were introduced to Boccia. This is a game similar to bowls. However, it is played sitting down. This game is played in the paralympics at an international level. The children enjoyed the game and loved trying to get their balls as close as they could to the marker.

On Monday, Year 6 played at a football tournament were top goal scorers in the entire tournament. Unfortunately, they were knocked out on penalties in the semi-finals. This doesn't reflect how one-sided the semi-final actually was. Lyme hit the post and bar several times but again, unfortunately, luck wasn't on their side. I would like to congratulate Year 6 on their effort during the tournament and in particularly their behaviour which was fantastic throughout.

On Wednesday, we had a visit from Tara Jones and Katie Mottershead who both play for Saints women's team. Tara is also an England international and is in the squad again to play France tomorrow (on Skysports Arena, 18th June at 5.30pm). Tara and Katie were inspiring and a lot of the children were lucky enough to get their picture taken with the pair.

Lastly, the whole school took part in the race for life today. Each pupil has trained all week to perform this race and they should all be so proud. Every child that completed the race received a medal for their hard work.

Congratulations to everyone on a fantastic sport's week. We hope you enjoyed it!

The sun was shining as the children enjoyed a fabuous Sports Day!

Year 5 have been exploring different types of bridge structures as part of their DT topic. They have used kebab sticks and masking tape to create a Truss bridge structure. It took a lot of hard work and perseverance but they made some fantastic models and were very proud of their achievements.

Our Eco Action team have been busy again!

Representatives from our Eco Action team met after school this week to continue with the litter pick they started before the holidays - this included the entrance to Lyme Park too. They will be meeting again next week to weed the planters and to set up a mini greenhouse to grow tomatoes in.

Have a look at the photos of our beautiful planters - the fruit trees we planted last year are doing well and are covered in blossom!

Year 5 had a lovely time at St John's church this morning, learning all about the Easter Story. They were great ambassadors for the school and participated well in the virtual story.

Today our amazing reading ambassadors supported reading events across the school. Our Year 1 and 2 children visited foundation stage to join in story and library time.

Our Y3, 4 and 5  children supported events in Key Stage 1 and lower key stage 2.

Our Y6 children helped to set up the story spoon competition and delivered the certificates and prizes to the classes.

Wow! What an amazing response we had to our story spoon competition. Here are some photos of the fabulous entries. Thank you to everyone who took part. The children enjoyed looking at all of the wonderful creations and talking about the stories that the characters were from.

The names of the winners will be on our newsletter.

Today, year 5 and two pupils from year 4 participated in a football tournament. The children were respectful, showed good sportsmanship, manners and displayed plenty of footballing talent. After only losing one match in the group stages, we progressed to the semi-finals. We won the semi-final match after a fantastic goal from Nathan. Unfortunately, the final didn't go the same way and the children finished in second place! However, the children should be so proud of themselves after a fantastic effort all afternoon.

Coming second out of sixteen other schools is something to be extremely proud of!

Nick from Stem came to visit our Year 5 children this afternoon to provide some exciting and interactive experiences around robotics. The children were able to create a moveable model of their own design and programme it by designing their own algorithms. They included pictures, messages, lights and sound in addition to their movements. They then had to follow a set of instructions to create a drumming monkey. Once they had followed the instructions for the basic model, the children added their own unique 'stamp' to their design. They showed fanatstic perseverance, coding skills and creativity throughout the session as well as having a lot of fun. Well done Year 5!!

The children had a great time at 'Crucial Crew' learning about how to stay safe when out and about. They also practised what to do in case of an emergency and showed their understanding of how to stay safe online. Great participation all round!

The Year of Reading

This week we had a special assembly to celebrate reading.  Each class has decorated their door to showcase their class novel and author for this half term. We have now set up a Reading Council and two ambassadors have been chosen as representatives for each class.  On Thursday we had our first meeting and came up with lots of exciting reading events that we would like to do over the coming months.

Evie and Rosie in Key Stage 1 were excited to take home our TRENDING BOOK today - 'The Dragon with the Blazing Bottom' by Tom Fletcher.

We can't wait to get dressed up for World Book Day that we will be celebrating on Friday 4th March.

We had a fabulous time spending the day investigating the properties of materials in our latest scoence topic, 'How can you take the salt out of the sea?' The children developed some great investigatory skills as well as improving their vocabulary.

THe children loved their time on the KABS inflatables this afternoon. They were able to race and support each other through the assault course and they enjoyed every minute!

The Year 5 children enjoyed investigating materials to see which were good insulators this week. Super science skills were used to design their own investigations to see what materials were best for keeping their hot chocalate warm. They thought about different variables and how to keep their investigations fair.  They definitely enjoyed drinking the hot chocolate in the end!

The Eco Action Team have been very busy over the past few weeks. Along with Mr Brooks, they have built some planters using old pallets and filled them wirth compost and bulbs ready for the Spring. The crocus bulbs were given to school by the Rotary Club as part of their campaign to eradicate polio across the world.

The original planters were very overgrown and were in need to of a tidy up - they have weeded them ready for the Spring.

They have also carried out a litter pick on the field - especially after all the windy weather we have had recently.

The children thoroughly enjoyed cooking their healthy recipes for Spaghetti Bolognese yesterday. They used peeling, chopping and cooking skills to create their delicious meals. They took them home to enjoy and the feedback was all good!

Teachers from Hope Academy came to visit us last week to deliver some taster sessions in PE and drama. The children had a great time showing off their excellent sports and acting skills. The teachers from Hope were very impressed with their abilities.

Year 5 had a fantastic sports day competing in a variety of events. They displayed super skills and fabulous teamwork and the sun shone so what more could we ask?

The children have been exploring the idea that 'Every Picture Tells a Story' this week and have looked at the work of many different artists and discussed the messages those artists have been trying to convey. They have thenm created their own pictures using the skills they have observed and practised.

Year 5 explored the work of the artist Frida Kahlo who creates a lot of self portraits with monkeys in the background. The children then designed and sculptured their own clay monkeys with characters that represented them. There were some absolutely gorgeous creations and lots of cheeky mmonkeys too! :)

This week we have been celebrating World Poetry Day. We have done many things such as reading, performing and writing poems. Have a read of some of our examples.

WHY WE LOVE MATHS

In Lyme, our children absolutely love Maths! On World Maths Day, we asked our KS2 children to tell us why.

Songfest for Y1 and Y2